Perhaps no place on the East Coast is as synonymous with golf as Myrtle Beach. From the South Strand to the North Strand—some 60 miles—there are 102 courses. Convention holds that a golf trip to Myrtle Beach is a four- to five-day endeavor involving at least 12 of one’s closest golf buddies, countless trips to all-you-can-eat buffets, and evenings that should never see the light of Facebook. But the Grand Strand is so much more than the sum of its parts. In fact, the parts can make for a pretty darn good two-day sojourn packed full of world-class golf (yes, it exists in the Grand Strand), fine dining, and, yes, luxury accommodations.

COURSES
The famous Dunes Golf & Beach Club, opened in 1949, is one of Robert Trent Jones Sr.’s best courses, which is really saying something given the scope and size of his prodigious portfolio. Extensive renovations over the years, like the one in 2003 by Jones’s son Rees, who rebuilt all the greens with A-1 bentgrass, have kept the course in tiptop shape.

Grande Dunes, designed by Roger Rulewich (protégé of RTJ’s son, RTJ II) was one of the last upscale, semi-private/resort courses to open during the ’90s to ’00s building boom in Myrtle Beach. Located on a bluff, the linksy design features wonderful views of the Intracoastal Waterway with seven holes bordering it. 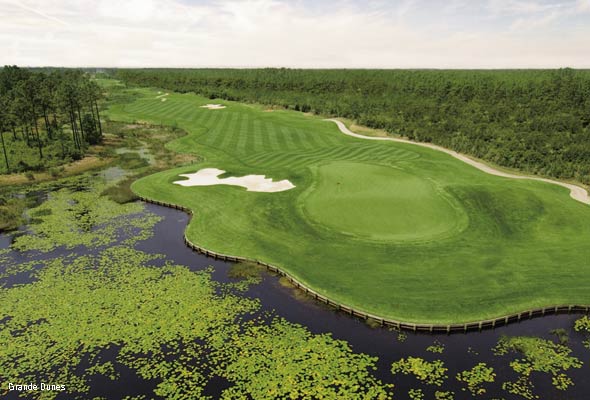 ACCOMMODATIONS
Coming in with some friends? The Marina Inn at Grande Dunes Resort has expansive two-, three-, and four-bedroom villas and suites, as well as one-bedroom guest rooms, with outstanding water views from the terraces.

The Marriott Myrtle Beach Resort & Spa at Grande Dunes is located right on the beach with many of the 405 guest rooms featuring ocean views with private decks. There’s also a beachfront pool with a deluxe waterslide (top photo).

DINING
Nothing pairs up better with golf than a good steak and the best in town is at N.Y. Prime, which got its start in Myrtle Beach.

The Collector’s Café and Art Gallery is unlike any other eatery at the beach—or for hundreds of miles for that matter. Part café, part art gallery, part fine dining with Mediterranean cuisine, it is one of the truly unique places to grab a bite in the Carolinas.

For traveling golfers who prefer not to stray too far from the fairway, Greg Norman’s Australian Grille is a familiar name serving fresh seafood, prime steaks, and of course, the Shark’s signature wines. 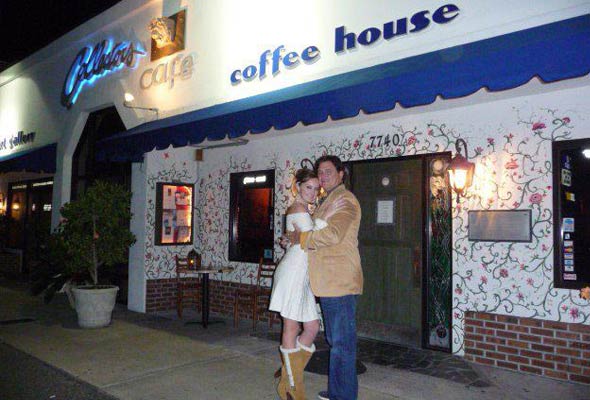 ATTRACTIONS
Take in a Myrtle Beach Pelicans minor league baseball game or a concert at one of the first House of Blues.

The Top 10 Tom Fazio Courses You Can Play