As the final months of the calendar year approach, hours of daylight drop concurrently with the temperature. And when the mercury plummets, rounds of golf played north of the 38th parallel are transformed from leisurely affairs into battles waged against the elements. It’s a war that Mother Nature has historically won, but the tides are gradually turning.

When equipped with the right cold-weather gear, golfers can trek across the fairways in relative comfort. And thanks to new technology, there’s more effective cold-weather gear on the market than ever before. Here, we take a closer look at eight pieces of apparel and accessories that will help you stave off the chill during rounds played this winter.

If you’ve ever hit a thin iron shot in the cold—specifically when your hands are freezing—you know that the tingling sensation that overtakes your fingers can linger for a long time. It goes without saying that warm hands are a necessity if you want to play good golf. They’re also a necessity if you want to simply enjoy your time out on the course. When it comes to keeping hands warm, G-Tech Apparel’s heated pouches ($165) do it better than anything else. 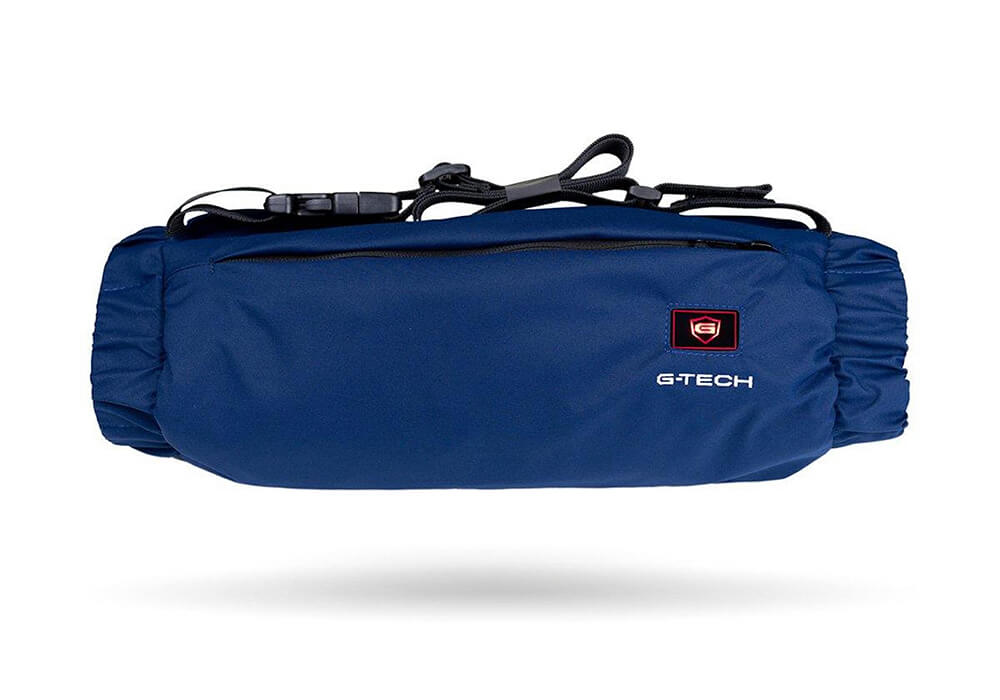 With an outer shell made from a water-resistant material, G-Tech’s latest Gen-3 pouches are lined with a down-alternative, polyfill material, but the real heating power is generated from a rod-shaped device (essentially a cylindrical heating pad) powered by a lithium polymer battery. When the device is turned on, golfers grip the rod inside the pouch, which quickly transfers heat to the skin. “The gripping motion is the best way to get the most concentrated amount of heat through your hands,” says Jesse Galvon, G-Tech Apparel’s president and CEO. “By keeping your hands warm, you’re actually creating blood circulation, which heats your body temperature, so you’ll keep your entire body warmer.” Gtechapparel.com

If you plan to brave the elements on the golf course this winter, you’ll need a superior pair of winter gloves, especially if the idea of wearing a heated pouch doesn’t appeal to you. When the temperature drops and the winds blow hard, you’ll want to grab a pair of Galvin Green’s Lewis windproof gloves ($65). They’re made from a soft and stretchy material that the brand calls Interface-1, which offers exceptional breathability, but it also boasts water-repellent properties and is completely windproof. In other words, these gloves are sleek and streamlined but still offer protection from the elements. That’s a win-win, especially for golfers who have difficulty swinging with confidence when they’re wearing cumbersome winter gloves. Galvingreen.com 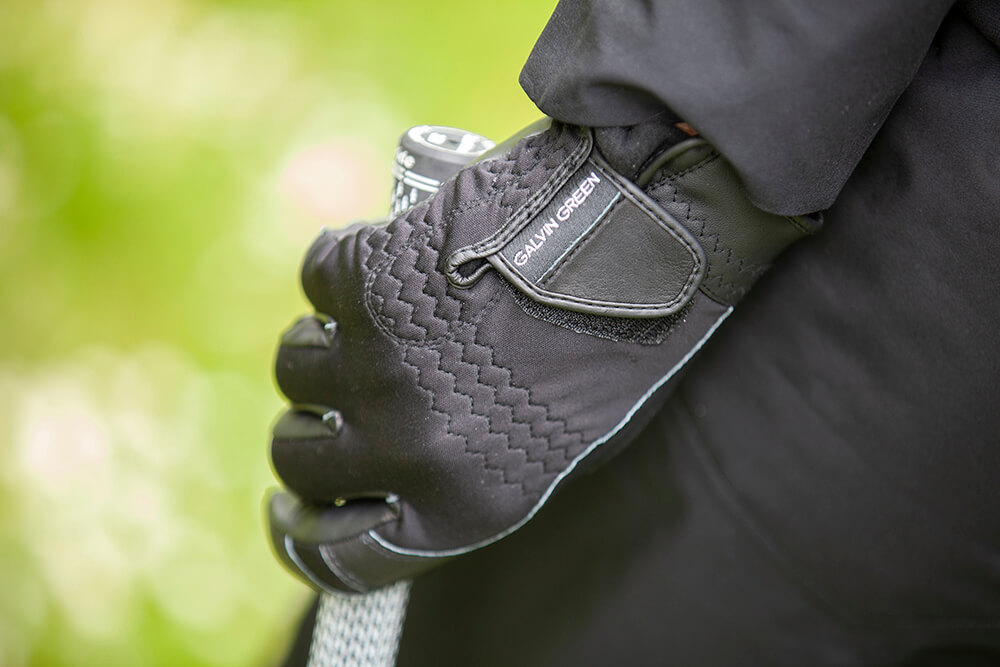 When playing winter golf, you want to stay warm on the course, but you want to do so without the use of bulky clothing or too many layers—both of which can restrict the motion of a golf swing. That’s no easy task. Fortunately, the Gemini Jacket by Kjus ($549) renders that struggle obsolete, which shouldn’t come as a surprise given that the athletic apparel brand was founded by Olympic and World Champion alpine skier Lasse Kjus. Made from an advanced, synthetic material that’s treated with a water-repellent finish, the lightweight jacket is reversible: When the light-colored side faces out, the jacket pulls heat away from the interior, but when the garment’s dark color is exposed, the jacket absorbs ambient heat and pulls it closer to the golfer’s body. Kjus.com

Galway Bay is known primarily for its all-weather outerwear, but it also makes thermal, water-resistant sleeves ($29), which are an ideal accessory. These sleeves aren’t compression garments; instead, they’re equipped with a rubber top ring, which secures them around the upper arm and prevents them from sliding down. The sleeves are also made from a Teflon-treated fabric that is soft and quiet. Perhaps best of all, they’re easy to slip on and off, which means golfers can quickly adapt on the course whenever the conditions change.  Galwaybaygolf.com 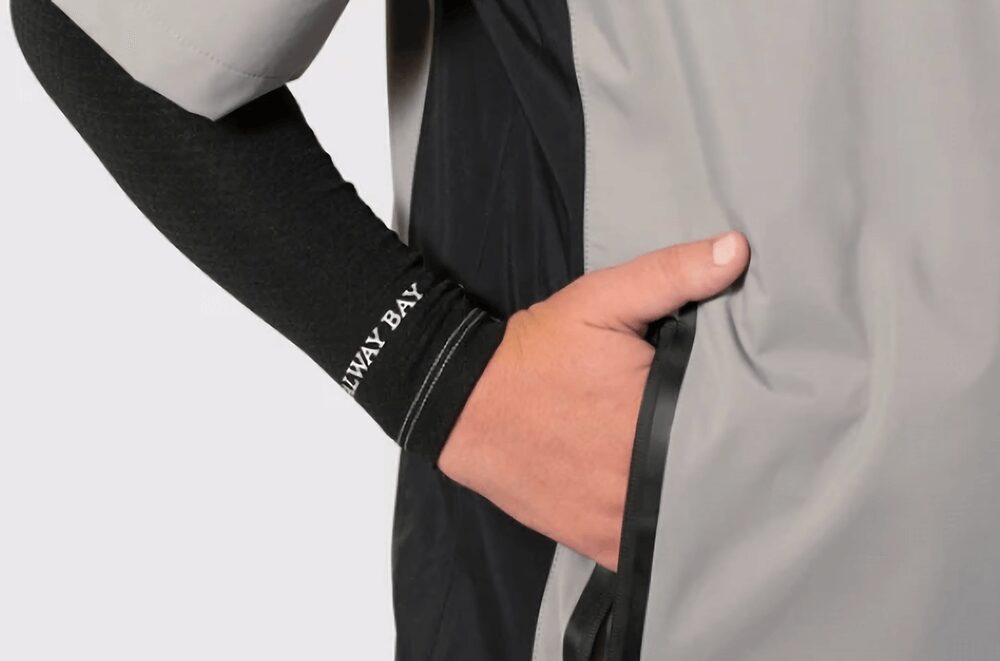 When winter rolls in, the season typically brings an uptick in precipitation (in all forms). It used to be that rainy days required two bottom layers—a traditional pair of golf slacks under a lightweight, waterproof rain pant. Yes, that combination still works, but it often leaves golfers feeling a bit bulky. Peter Millar has rendered such a scenario obsolete with its Laddie Rain Pants ($198), which are made from a blend of nylon and polyester and sport a classic-fit, so they look and feel like a traditional pair of golf pants. The Laddie pants are seam-sealed for extra protection from the elements, and with a five-pocket design, they’re the most useful pair of rain pants you’ll ever wear out on the course. petermillar.com 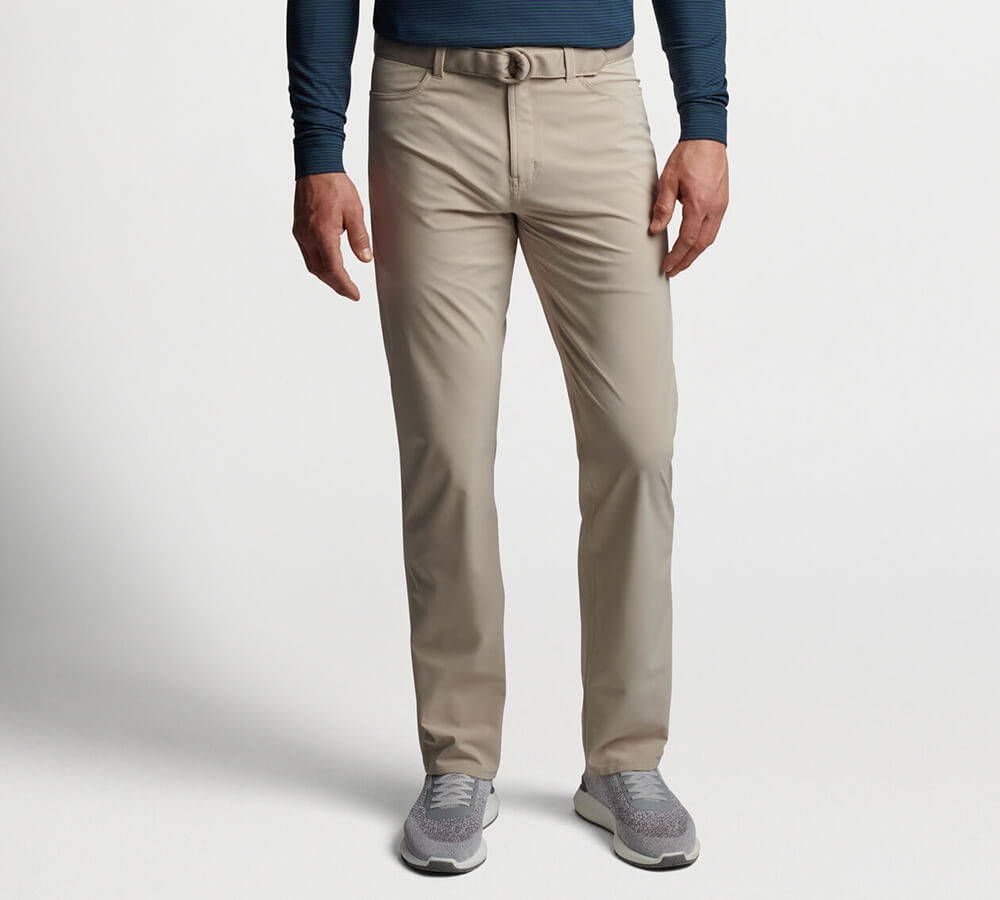 Admittedly, winter doesn’t produce many days with inclement weather that’s still suitable for rounds of golf. When those days do come around, however, you’ll need footwear that can handle it, and FootJoy’s Stormwalker XT ($130) is up to the challenge. Equipped with Pulsar cleats, these mid-top boots are made from full-grain leather, which is breathable, waterproof, and durable—so much so that FootJoy guarantees they’ll remain waterproof through two years of use.

For all other winter days of golf, the warmest golf shoes are the ones impervious to water, and FootJoy’s Stratos ($200) excels in that regard. The shoe now boasts a new athletic-infused upper design, and it’s outfitted with the brand’s StratoFoam cushioning system, which acts as a shock absorber. The latest Stratos shoe also features an outsole equipped with a Versatrax+ tread pattern, which provides stabilizing traction, even on terrain that’s been hardened by the winter climate. Footjoy.com

A lot of times, winter rounds require not just a pair of golf pants but a thermal base layer underneath. But for those intermediate days that aren’t quite base-layer cold, golfers will find all the warmth they need inside a pair of Radmor’s Five-O Corduroy Pants (starting at $89). Made from stretch corduroy that delivers four-way performance in a comfortable package, the pants are inherently warm thanks to that high-pile weave material, which effectively traps in heat. Unlike traditional corduroy, however, this blended material includes breathable Pima cotton and flexible Elastane, the latter of which allows golfers to swing and move freely out on the course. Radmorgolf.com 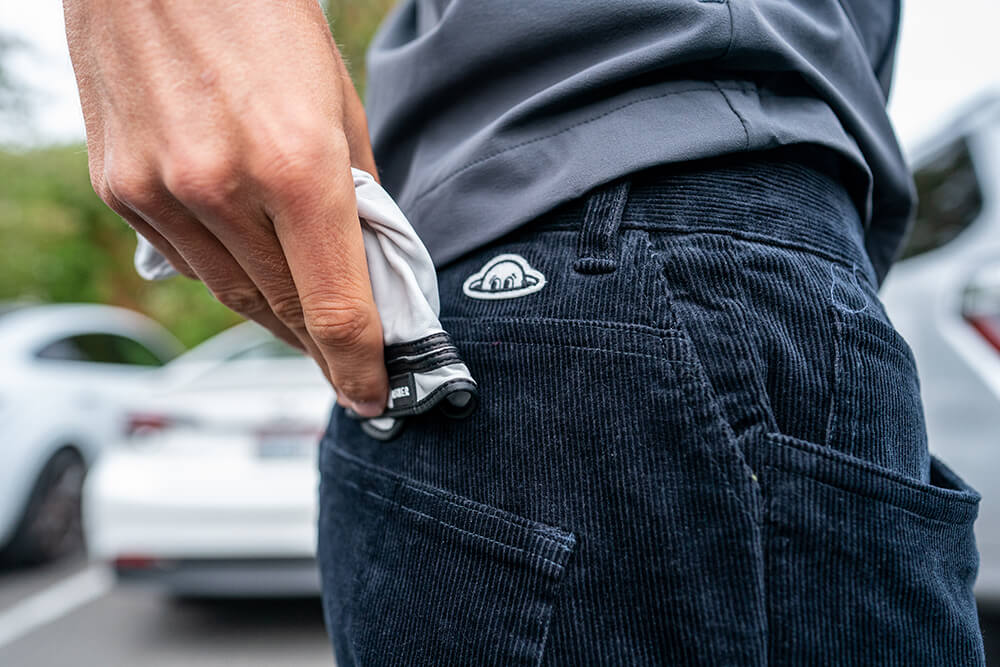 7 of the Most Expensive Green Fees in Golf

Bonus Golf: The Best 19th Holes the Public Can Play