Playing golf around the Ring of Kerry in southwest Ireland is a bucket-list journey—the opportunity to play phenomenal links courses like Lahinch, Waterville, and Tralee. Yet one of the biggest surprises from my last trip was a wonderfully fun course called Dooks, which is stretched across sand dunes tucked into a stunning corner of Dingle Bay. I found myself equally charmed by the critter on the club’s unique logo: the Natterjack Toad, a rare and preserved species that calls the course home. 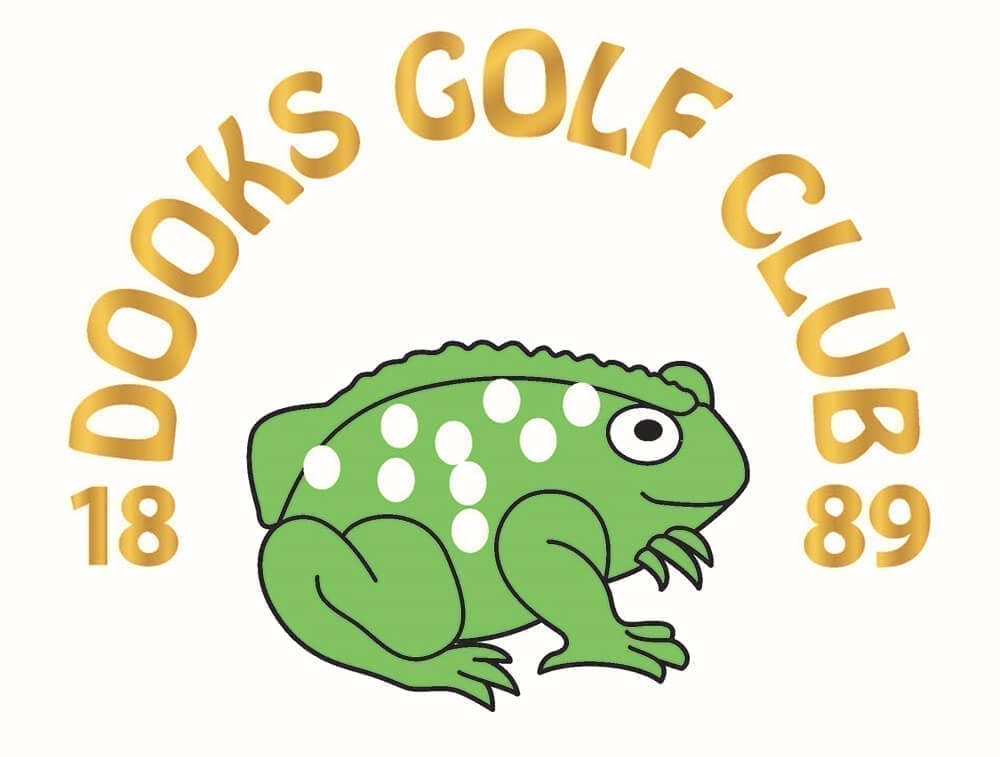 Golf courses worldwide regularly turn to animals as a featured component of their logos, emblems, or crests, from the abundance of eagles, hawks, and other birds to classics such as Maidstone’s spouting whale, the Cal Club’s California bear, Myopia Hunt’s iconic fox, and Stonewall’s cow with a club in its mouth. Two of the newest logos in the game feature distinctive animals, with The Hay par-3 course at Pebble Beach opting for a sea lion with a flag in its mouth, while the in-development Seven Mile Beach course in Australia has a Tasmanian tiger sinking his teeth into a short iron.

The uniqueness of the Natterjack Toad got me thinking about some of the most unusual critters and creatures featured in golf course logos. I considered borderline “creatures” (the headless horseman of Sleepy Hollow), cartoony critters (the strolling possum at now-defunct Possum Trot in North Myrtle Beach, S.C.), and even the subtly placed (a shrimp in one of the coats of arms for Royal Lytham & St. Annes). After searching through thousands of logos, I ultimately settled on these seven among my favorites—along with the Natterjack Toad, of course.

It’s not a stretch to suggest MPCC features the best two-course combo of any facility in the country. This private club that shares the same prized real estate as Pebble Beach and Cypress Point also has one of the game’s coolest logos—a sea dragon wrapped around a golf flag (a secondary option that MPCC embraced in recent years). 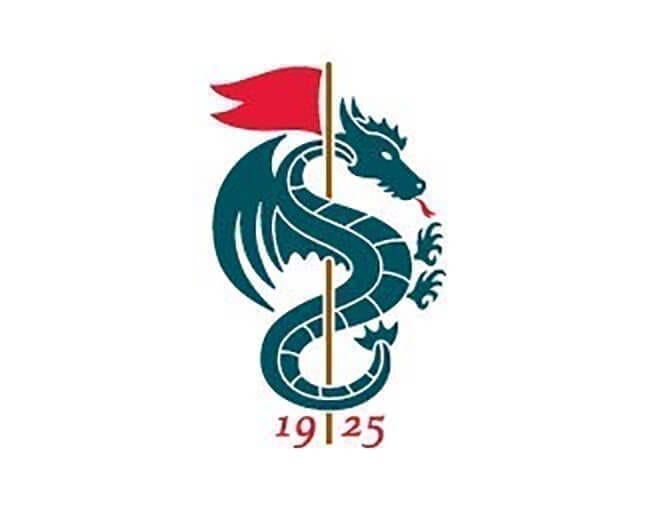 On the northern tip of Australia, along the Timor Sea, the 18-hole public course at Darwin Golf Club is home to a well-muscled reptile called Frilly. The frilled neck lizard is a protected species in the Northern Territory and will puff out the skin around its neck (and open its mouth) to scare predators away. It also runs on its two hind legs.

There are a few witches in the golf world, like those at Salem Country Club and The Witch in Myrtle Beach, but it’s hard to top a witch riding an 18th hole flagstick. The private club in upscale Greenwich became informally known as “The Witch,” in part because of the challenge of the course itself, and the witch has proven popular as a secondary logo.

At the same time the plastic lawn flamingo became a staple of U.S. suburbs after its creation in 1957, the population of the Ohio town of Parma was almost tripling. The Cleveland suburb adopted the pink flamingos widely and they became synonymous with Parma, eventually making it a no-brainer logo for its municipal course.

An iconic species that nests on the Oregon coast, the tufted puffin looks like a cross between a parrot and penguin, with a very distinctive tangerine-colored bill. And it’s not just their looks that are remarkable, as these birds dive hundreds of feet for fish in the open ocean and can also dig burrows up to six feet deep in coastal cliffsides. The versatility extends to Bandon, where, in addition to the logo, the Tufted Puffin is also the name of casual bar area in the lodge.

David McLay Kidd designed the course, but it was Mike Keiser who picked the name. Whether that was actually because of the extinct, hairy, trunked mammal or because of the grand scale of the property is a bit fuzzy, but the mammoth and its curved tusks work wonderfully as a popular logo at the central Wisconsin resort.

As legend has it, Skene Valley’s original owner, farmer Cliff Sparks, in 1975 saw a tall, hairy, man-like creature with big red eyes on the first hole of the course he’d built. After that sighting, the cryptid was naturally added to the logo for the family-owned public layout. 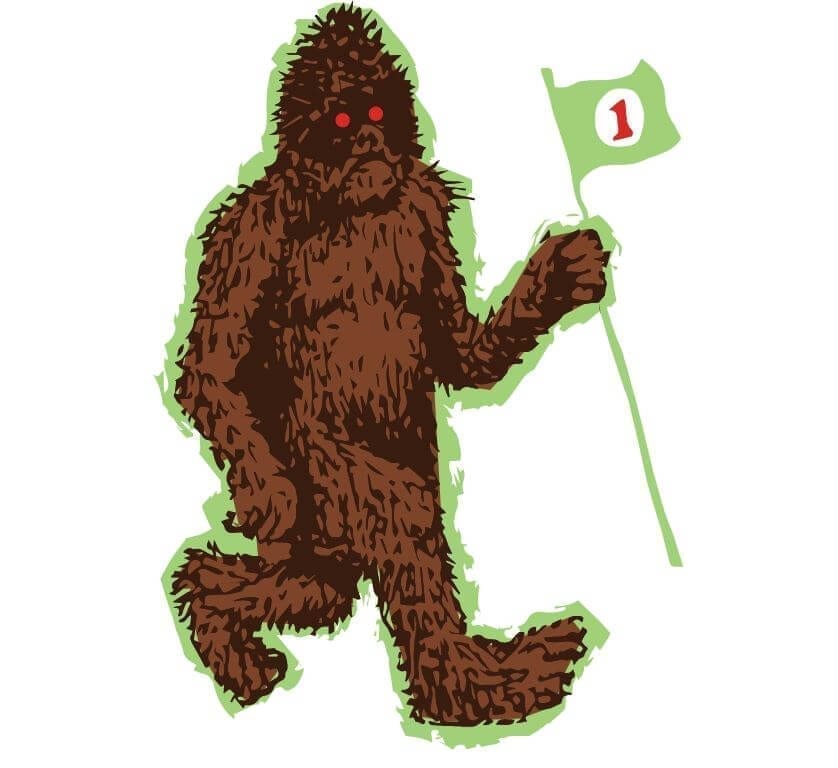 So, let’s hear your favorite creatures or critters when it comes to golf logos.