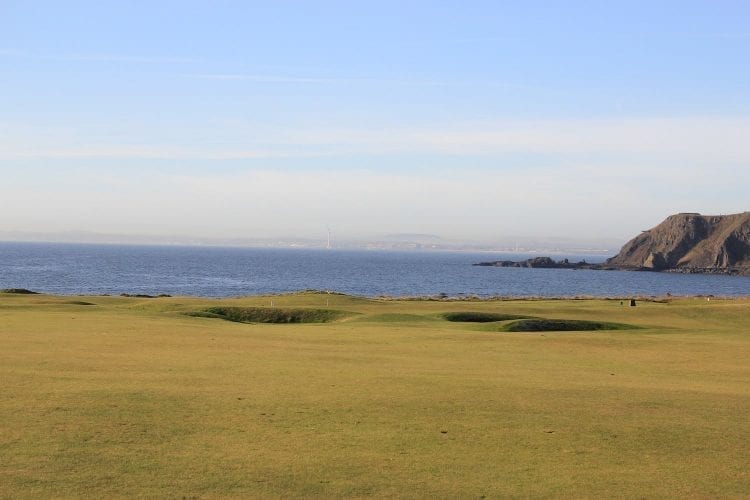 When you make the bucket-list journey to Scotland, it’s only natural that you’d want to play the most well-known courses. You want to see the Open Championship venues and walk in the footsteps of the game’s great players. We get it! But, it is also our job to educate you on where else you should go, particularly some of the lesser-known courses that offer tremendous experiences.

First, though, an important point. Instead of “hidden” gems, these are “local” gems. They aren’t hard to find or even unknown, but they likely fly under the radar of the American golfer who is thinking about their first trip. These courses offer an authentic, local feel that you won’t find at the larger courses. And as an added bonus, they’ll go easy on your budget. For every budget-busting round, throw in one of these and your experience will be all the better for it.

The list below pairs a local gem with a course you’ll likely have seen before.

St Andrews Old Course – Golf House Club Elie
Just 25 minutes down the coast from St Andrews, Golf House Club Elie—simply called Elie—offers all of the quirk, views, and traditional links golf one could want. When the starter uses a former submarine periscope to check over a hill to see if the first fairway is clear, you know you’re in for a great round. Like so many other classic courses in Scotland, the course begins and finishes right in the charming village. If you have time after the round, it’s worth exploring the town. Be sure to stop for a pint at the Ship Inn.

The club was also home to James Braid, who in addition to designing over 200 courses across the UK, also won the Open Championship five times. 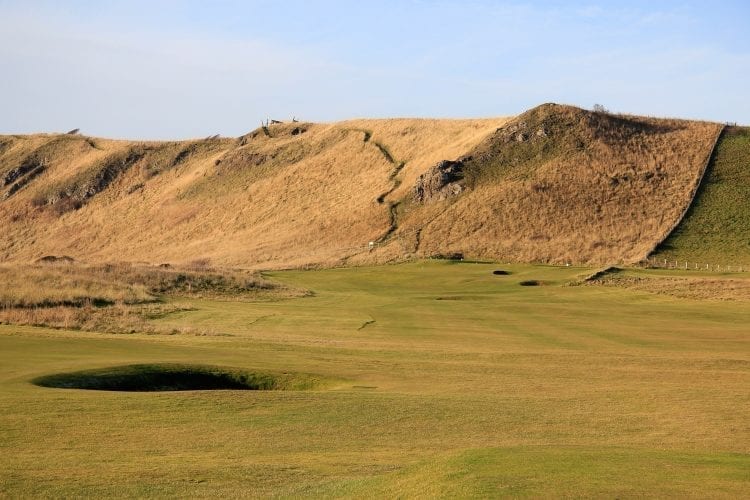 Carnoustie – Panmure Golf Club
When Ben Hogan visited Scotland for the 1953 Open Championship, it was his first visit to the country. To acclimate to the different style of golf, he spent two weeks before the championship at nearby Panmure, learning the ground game and the various challenges of the links. The time clearly paid off, as Hogan won the Open by four strokes, setting a new scoring record of 68 at Carnoustie in the process.

Panmure opened in 1843 and is a traditional links test in every way. Like Carnoustie, there are no expansive ocean views, but the history of the course makes up for any lack of visual appeal.

Cruden Bay – Fraserburgh Golf Links
30 minutes north of Cruden Bay (one of the most fun rounds in Scotland) is the seventh oldest club in Scotland—Fraserburgh Golf Links, founded in 1777. After 145 years of play, the course was redesigned in 1922 by James Braid. That design is the one players see today and its large dunes and ocean views place it in the conversation alongside nearby Royal Aberdeen and Cruden Bay. A weekend round at Fraserburgh before 2PM will only cost £55.

Royal Troon – Kilmarnock (Barassie)
A seven-minute drive from Royal Troon is Kilmarnock’s Barassie Course. The club has an interesting history starting in the 1870s, which was covered in the 2016 Summer Issue of LINKS Magazine. The course serves as a final qualifying venue when the Open Championship is at Royal Troon, and the layout’s doglegs and famously fast greens put a premium on local knowledge during such tournaments. Although the course doesn’t initially look like a links, with few ocean views and tree-lined fairways, the firm fairways, burns, and revetted bunkers leave little links doubt after the round.

Muirfield (HCEG) – Dunbar Golf Links
Unless you’re planning over a year in advance, securing a tee time at Muirfield will be a challenge. Fortunately, there are many other options in the area. A great one is Dunbar, where the bulk of the course is routed between an ancient stone wall and the North Sea. The experience peaks in the middle of the round with expansive views and quirky features like a sunken green, a picturesque stone building, and greens set beside crashing waves.

While in the town of Dunbar, make sure to visit Belhaven Brewery for a pint of Belhaven Best—a classic Scottish ale. 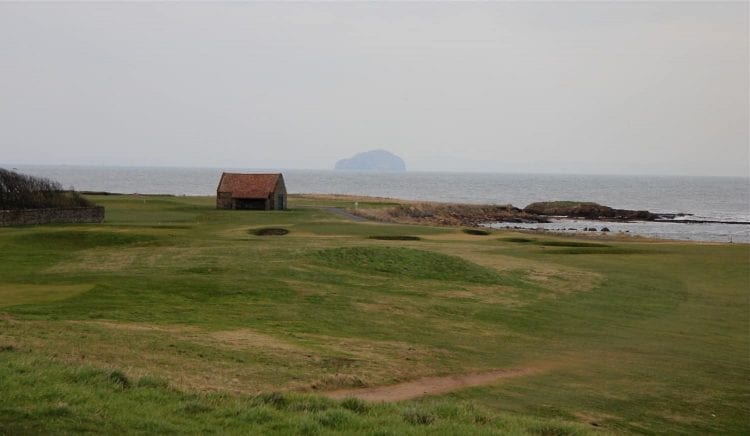 What are your favorite local gems in Scotland? Let us know in the comments below!

Rory Looking Forward To Playing With Sam Saunders At API

Smylie Kaufman Wants Nothing To Do With Alligator