You’d better be good at your craft if your job is to make Bill Coore and Ben Crenshaw look like geniuses in the field. Jeff Bradley shapes the bunkers that have made courses like Cuscowilla, Talking Stick, Old Sandwich, Friar’s Head, Bandon Trails, Chechessee Creek, Streamsong Red, and Ozarks National modern classics.

But Bradley is not just a bunker guy. He’s the bunker guru.

It’s not a reputation you acquire quickly. Bradley, 54, has been working on golf course construction sites for exactly half his life, all with the Coore & Crenshaw team. He started in 1994 at Hot Springs (Arkansas) Country Club’s Arlington Course, where, as little more than an hourly grunt laborer, he was assigned to help fine-tune a course restoration under the direction of Dave Axland. 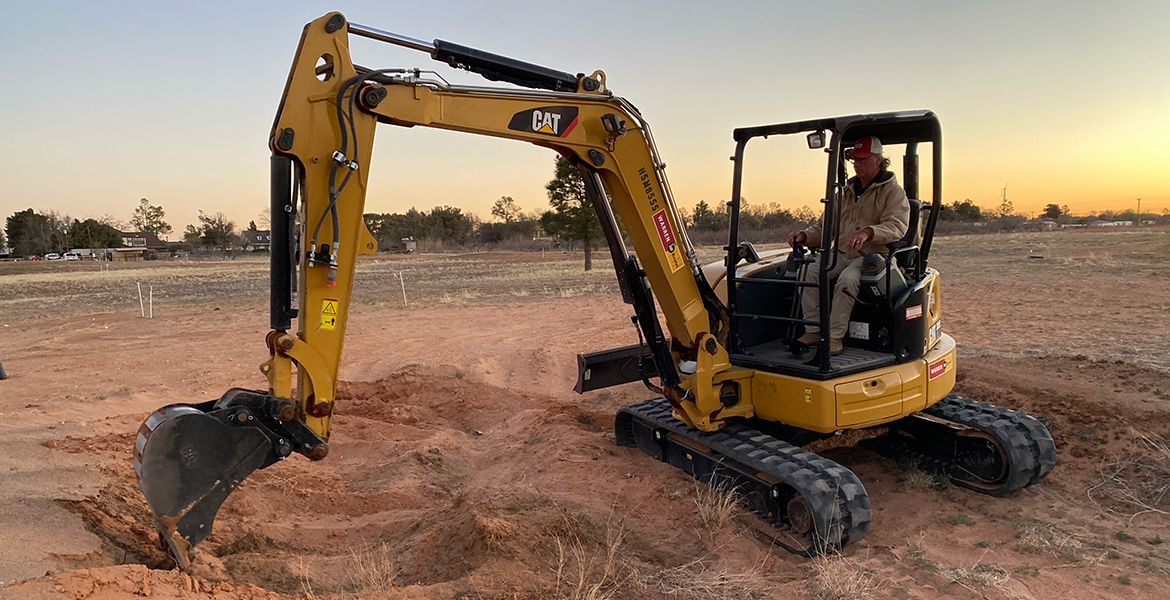 When Coore came to inspect the last three holes at Hot Springs, he was very impressed with the bunker work and thanked Axland for the quality shaping. That’s when Axland said, “Jeff Bradley did them. The guy has an eye for this. I don’t know why or how, but he has a feel for what looks good naturally, the old, eroded-type edge.”

The next stop was Cuscowilla, on Georgia’s Lake Oconee. At the uphill, 306-yard par-four 5th, his job was to rough-shape a mid-fairway bunker that would help define alternative paths. He dug out an acre-sized gash that looked so ominous the real estate salespeople thought he was creating a lake. By the time he and Jerry “Scrooge” Clark were finished, the bunker sat perfectly naturally.

For all his expertise, Bradley says golf is not a round-the-clock obsession. “Course shaping,” he says, is his “7 to 5” work. I’m not one of those golf architecture junkies who studies course design. I have never made a pilgrimage to Scotland.”

For years, he mixed manipulating a six-ton excavator during the day with playing drums in bars at night in rock, country, and hard-core blues bands. He acquired his love for music from his father, Larry Bradley, a Southern Baptist minister who took music as seriously as the gospel.

These days, he confines his drumming to overdubbing in his in-home studio in Phoenix, teaching percussion and indulging the occasional bar gig. He is a skilled and passionate drummer—check out his YouTube videos.

Manipulating a six-piece drum, one foot on the bass, the other on the top-hat, and arms beating away on various snares and cymbals, requires what the drum community calls “limb independence,” all four extremities working on their own yet combining to create a cohesive back beat of sound.

The same applies in shaping. A skilled operator “plays” his excavator with hands and feet, creating refined and subtle shapes. Bradley is also quick with his work, gaining both in efficiency and mass over a standard bulldozer operator.

For years, many architects designed on paper, detailing how they wanted every inch and expecting shapers to follow, like symphony musicians following sheet music. Those shapers who work in a more exploratory, improvisational mode rely upon minimal instruction and are inspired by the process as it unfolds. They are the jazz musicians of the golf world.

Among them, Jeff Bradley marches to the beat of a different drummer.

The Best Golf Courses to Play at Twilight