Although the best players in the world are teeing it up at Sheshan International Golf Club in Shanghai this week in the WGC-HSBC Championship, golf in China hasn’t been popular for a while because the Communist Government sees it as corrupting. According to a report in The New York Times in April 2015, “the provincial anticorruption agency set up a hotline for reporting civil servants who violate nine specific regulations, including prohibitions on betting on golf, playing with people connected to one’s job, traveling on golf-related junkets, or holding positions on the boards of golf clubs.”

Talk about taking all the fun out of the game!

Under President Xi Jinping, who became the country’s leader in 2013, and his prolonged campaign against corruption, which has brought down many party officials, the government has shut down dozens of courses that were built in violation of a ban intended to protect the country’s farmable land and limited water supplies. 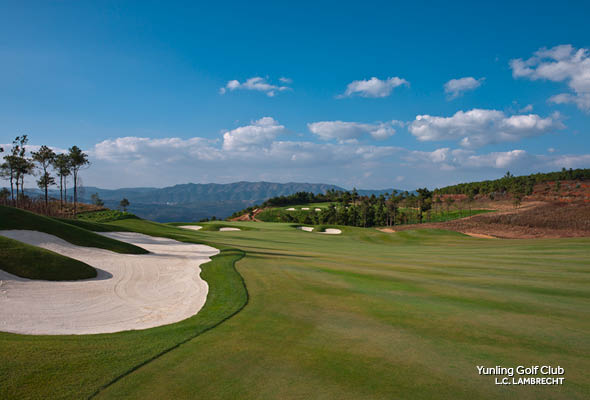 “I would say most people in the business anticipate that nothing good is on the immediate horizon,” says architect Brian Curley, who has built 42 courses in China. “It’s about five years away from any movement and, when it does happen, it will only occur in locations where there are no issues with water supply or impact, no competition with farmland, and no villager issues—perhaps some destination courses in tourist areas where the government wants to promote tourism.”

Another architect, Kyle Phillips, who has visited China about 15 times trying to get courses built, hears that the government has closed at least 100 courses that were either open, ready to open, or under construction. “But they didn’t just close them,” he says. “They’re taking equipment in and tearing up the courses.”

The Communist Government is not only trying to appease the middle class by going after the very wealthiest citizens, of which there are more and more; it’s also trying to battle regional corruption because officials allegedly took bribes—including memberhips to private clubs under pseudonyms—to issue course-construction permits. 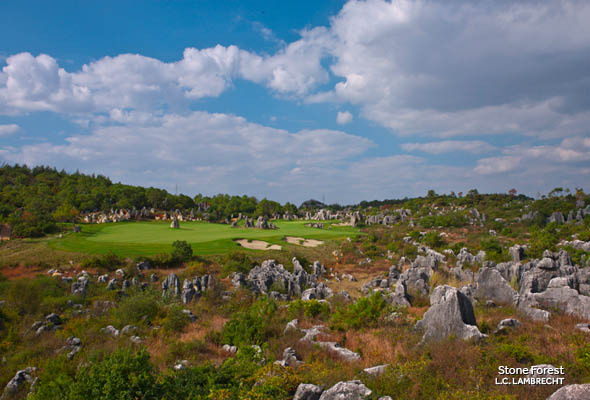 “There’s real concern how to bring everybody along together and how the uber-rich have these paradise playgrounds,” says Phillips. “There are a lot of guys showing their money off. This is a way to push back on the uber-rich to let the average guy know that those guys just don’t get away with it. There’s been a number of things that the government wants to control and not let the uber-rich do whatever they want.”

This isn’t the first time golf in China has taken a hit. In 1949, when the Communist Party came to power, Chairman Mao Zedong condemned the game as a “sport for millionaires,” and turned all the courses, which were built for foreigners, into parks, zoos, and communal farms. Golf in China started making a comeback in 1984 when the first new course opened near Hong Kong and course construction continued unabated until 2004 when the government banned any more from being built. But the number of courses still managed to triple despite the prohibition, leading to the current corruption charges.

Today, China has more than 600 courses and about one million players (out of 1.4 billion people). The U.S. has 24 million golfers and 15,000 courses, by comparison. According to a story in the current issue of Fortune, “If just two percent of China’s population played, up from less than 0.1 percent today, China could become a $2-billion-a-year market for golf products, which would be a godsend for an industry whose growth has sputtered elsewhere.” But there are no “munis” in China and the expensive, gated clubs far from city center remain well out of the reach of the middle class, even the upper-middle class. 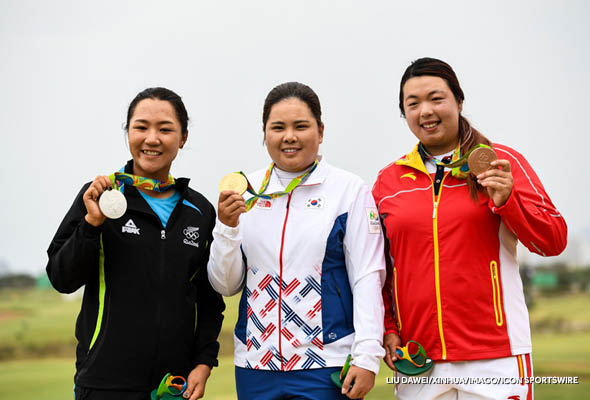 But there are signs that golf in China is starting to make a comeback after the government’s three-year campaign against the sport. A recent article in the anti-corruption agency’s newspaper said that “since it is only a sport, there is no right or wrong about playing golf.” And a new legalization process for golf-course construction is reportedly close to being approved by the central government. Still, it will be some time before course construction gets underway again.

“Even in the final years of some growth, there was a strong push to separate golf and development, so I do not see much approval for golf communities in the future, especially for villa development,” says Curley. “Golf will need to stand alone as a business and this is tough without development or if too remote.

“I do not see the game frowned upon,” he adds, “but there certainly is never positive messaging from the press. If you read anything about golf development, it is usually a negative portrayal. The Olympic medal in women’s golf [Shanshan Feng’s bronze] helped but not I’m sure it has legs to make a big impact. The government is pushing football now as the preferred sport.”

Guess they haven’t heard about the Fifa corruption scandal.

Do you have any interest in traveling to China for golf? Let us know what you think in the comments below!

Who Will Rory McIlroy Choose as his New Sponsor?