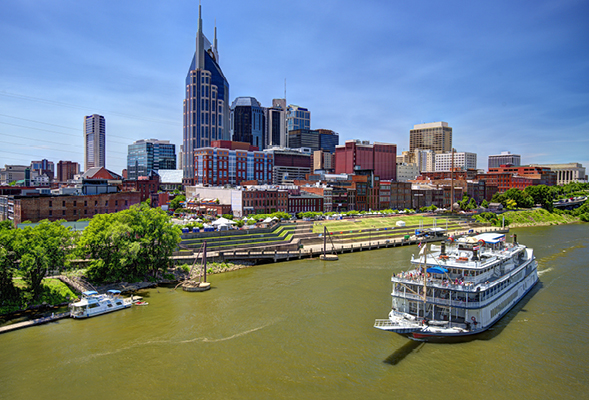 The only thing the Frugal Golfer in Nashville likes more than cash saved on green fees is Johnny Cash, and in “Music City,” you can experience both. The recently opened Johnny Cash Museum downtown is a few blocks from the Country Music Hall of Fame and the rowdy honkytonks of Lower Broadway. Within easy striking distance of these sights and sounds is a super group of affordable golf courses where hometown hero Brandt Snedeker honed his game.

The city’s municipal courses offer playability and value: Weekend rounds top out at $28 on foot; add $12 for a riding cart. Even Nashville’s high-end public courses are relative bargains at less than $80 even at prime times. Less than an hour from town are some lesser-known courses that offer even more bang for the buck.

While the weather in Nashville varies greatly by the season, greens fees don’t fluctuate enough to make cost the deciding factor on when to visit. However, popular events like the CMA Music Festival send hotel prices soaring, and they sell out. 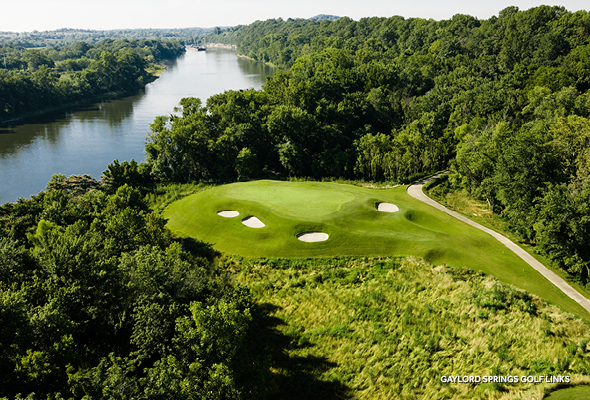 Harpeth Hills Golf Course is the grande dame of the city-run courses and a solid test at nearly 6,900 yards from the blue tees. What it lacks in frills it makes up for in rolling hills and small greens with false fronts.

McCabe Golf Course, a 27-hole layout with generous fairways and little trouble, is the city’s most played course. Request the more interesting north nine when you book.

Ted Rhodes Golf Course, near the Tennessee Titans practice facility in north Nashville, is named after the pioneering African-American golfer from the area. Forced carries on approach shots and risk-reward par fives make this is the thinking golfer’s muni.

Further from town is Champions Run Golf Course, which offers an authentic country vibe on former farmland. Stretch your legs on this flat, well-maintained layout.

Trade in wild nightlife for natural wildlife at beautiful Montgomery Bell Golf Course, a 35-mile drive from downtown. Lush fairways cut through forests of a state park on this wallet-friendly track.

After playing Montgomery Bell in the morning, consider adding another 18 at nearby Greystone Golf Club, a challenging and scenic Mark McCumber design in Dickson, Tenn. The pace of play on weekends is swift, even if you find yourself in the nasty rough.

Golfers wanting an upscale experience have two options: Gaylord Springs Golf Links or Hermitage Golf Course. Gaylord Springs, designed by U.S. Open Champion Larry Nelson, is five minutes from Opryland in Nashville’s northeast suburbs. Grassy mounds line holes that lead to slick, undulating greens. Hermitage has two 18-hole courses east of town near the museum and former home of one of the nation’s most controversial presidents, Andrew Jackson. The President’s Reserve layout is one of Tennessee’s best public courses. Memorable holes with plenty of bunkers and water meander through wetlands of the Cumberland River. Hermitage’s other course, General’s Retreat, once hosted the LPGA Sara Lee Classic. 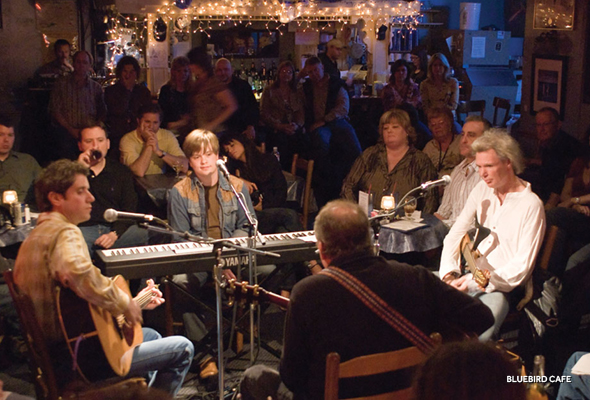 WHERE TO EAT
While barbeque abounds, the city takes more pride in its “hot chicken,” a variety of fried chicken with escalating temperatures of savory spices. Adventurous eaters should brave the long wait—and firey flavors—at Prince’s Hot Chicken Shack. Hattie B’s is a tasty hot chicken alternative closer to downtown.

If a trip to Tennessee feels incomplete without ribs and pulled pork, the two locations of Edley’s Bar-B-Que are go-to for locals.

The pub grub at Bluebird Café is passable, but the singer-songwriters are world class. Purchase tickets in advance to guarantee seats.

Mas Tacos, a food truck turned hole-in-the wall, has garnered national attention for its authentic Mexican food. The tortilla soup and cast iron chicken tacos are standouts. Other eateries attesting to Nashville’s new claim to fame as a destination for foodies include Etch, Husk, and Margot Café & Bar. All will dip into your budget, but are worth it.

WHERE TO STAY
Nashville is booming as both a tourist and convention destination, and a rush of new hotels is going up to meet the demand. Downtown options, such as the Omni and Sheraton, can be pricey. Cheaper rooms near the airport and in surrounding towns, meanwhile, put you too far away from the action. As a result, Airbnb has become a leading choice for budget-conscious travelers who want to experience the beating heart of Music City. Affordable rooms, apartments, and houses can be found throughout the city. Start your search in the hip 12South neighborhood or eclectic East Nashville near Five Points. In a totally different direction, the Gaylord Opryland Resort And Convention Center is a world unto itself—part Vegas sprawl, part Biosphere 2. The hotel also offers golf packages that combining rooming with rounds at the aforementioned Gaylord Springs Golf Links.