Golfers are quick to offer advice. There are books on breaking par, winning touraments, and gaining access to top clubs. Often, however, those same authors haven’t mastered the topic themselves. This time it’s different.

John Sabino, author of How to Play the World’s Most Exclusive Golf Clubs: A Journey through Pine Valley, Royal Melbourne, Augusta, Muirfield, and More, has actually played every top 100 golf course in the world. He capped off his journey with round number 100 at Augusta National a few years ago. In his book he explains some of his methods to reach the exclusive golf havens of the world that pride themselves on closed doors. As John will attest, the journey took perseverence and a degree of insanity.
In this newsletter we speak with the author about what it took to visit the top 100 golf courses in the world and how what intially started as a blog, turned into a “how-to” book on playing around the world. 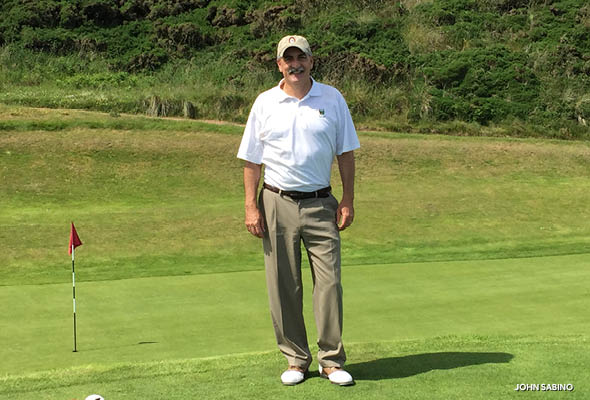 What was the thought process behind starting the Top 100 Golf Blog in the early days of your journey?
I initially started the blog purely as a way to share my golf trips with friends. I have a core group of four to five guys that I travel with and the blog was an easy way to share pictures of the courses and reminisce about the trips. It is also why my approach has always been to give honest opinions about whether I liked the course or not since I never thought it would be widely read. 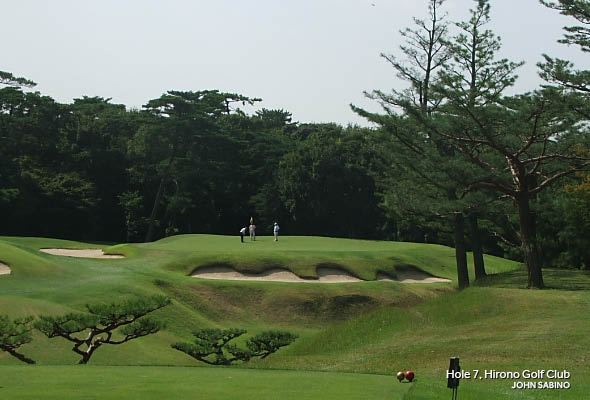 We can guess that Augusta National was the hardest course to get on in the top 100, but what was the most surprisingly difficult access to gain?
Other very difficult courses to access are the private courses in Japan due to the language barrier and the cultural differences. The same for a private course near Paris called Morfontaine. It taxed my network of contacts and I had to go to five degrees of separation to find a member. In the U.S., Cypress Point is exceedingly difficult; I have only been invited once and there has never been a whiff of another invitation. Chicago Golf Club is difficult because it only has 125 members; and Wade Hampton, a Tom Fazio course in the mountains of North Carolina is very difficult to play because to be a member you have to own property on the course, thus limiting it to a small group. 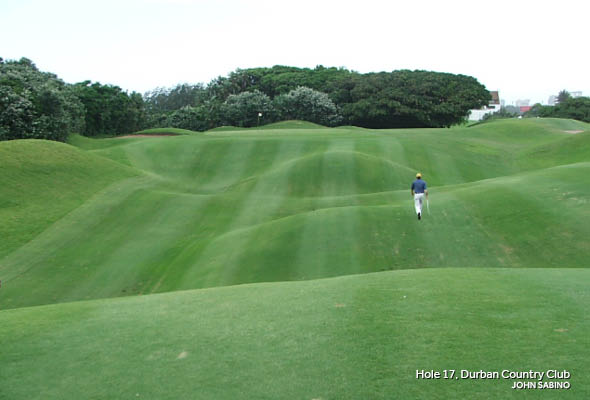 What was the longest journey with the shortest stay to play a course in the top 100?
The longest journey was to play Durban Country Club in South Africa. I did it over a Thanksgiving weekend to get out of my house which was full of in-laws and relatives. It was a round trip journey of 15,000 miles, or more than half the circumference of the earth. I transited through Cape Town and was in Durban for less than 24 hours. In total I was in the air more than I was on the ground on that trip! It was exhilirating.

Tell us how the blog and story of playing the top 100 eventually became a book?
I never envisioned writing a book about my golf travels. The blog was purely for fun and to share my opinions. Eventually my blog attracted several million visitors. One day a New York publisher contacted me out of the blue and asked if I would be interested in writing a book about it. My initial thought was no, because the blog was focused on tracking my progress to play the top 100 courses, and without the suspense of the journey I thought it would lack a good storyline. Over the years many people contacted me and asked for advice on how to gain access to courses, and many people were helpful to me along the way, hosting me or introducing me to provide access to private clubs. So I decided to do the book as a “how to” to give advice to people who want to pursue any type of golf quest. It is my small way of “paying it forward” because it is hard to pay people back. Plus, I am donating the proceeds of the book sales to charities supporting children.

Now that you’ve played them all, where would you set up shop in retirement if you could choose any of the 100?
Great question. I have three answers. One would be on the east coast of Scotland so I could live the fantasy life of a Scottish Laird and play all the world-class courses nearby. Another would be San Francisco so I could live near the Monterey Peninsula for the same reason. Ultimately, both those locations are too cold since I want to retire somewhere where it is warm year round, so I would choose Charleston, S.C., so I could play every day at Yeamans Hall, an idyllic course. The combination of the historic city, nearby beaches, Southern hospitality, and lowcountry cooking are a tough combination to beat. And, living a three-hour drive from Augusta wouldn’t be such a bad thing for someone obsessed with golf so I could go to the Masters every year.

How many of the top 100 have you played? Is it a goal you want to tackle? Let us know in the comments below!

Is Tiger Woods Ready to Play the Rio Olympics?

In Review: Stephen Proctor’s Monarch of the Green

“Getting to 18”: Tom Doak’s Invaluable Addition to the Golf Library