Forgive me, but all this foofaraw over the Ryder Cup captain’s picks is a bit idiotic.  A few years back, when Tom Watson was named Captain, he said he wished he had no captain’s picks, that all 12 members of his team could be determined from a point list. Granted, Watson turned out to be something less than the ultimate Captain America, but on this point, I agree with him. The Ryder Cup got along just fine for about half a century without CPs, and we don’t need them now. Here are five reasons why. 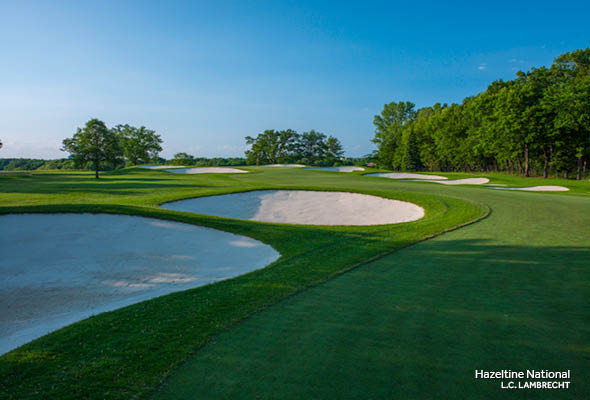 1)   PURITY:  Determining all 12 team members according to a simple point system would be a pure meritocracy, leaving no room for politics or personal favoritism, or fallible human judgment. It would also be less of a circus. Have you heard how the final U.S. player will be announced this year? On the Sunday night before the matches during halftime of an NFL game! That’s a stunt that would make even P.T. Barnum blush.
2)   MORE EXCITEMENT: We’ve gone to the CPs in part to allow for inclusion of the players who have the hottest hands going into the Ryder Cup. Fine, here’s a way to insure that: Lock in the first eight players, as we do now, a month or so before the Ryder Cup, then increase the weight of the Ryder Cup qualifying points during the FedEx Cup playoffs to allow the dozen or so players in contention to truly fight it out for the final four spots. This would be way more fun to watch than a captain’s press conference (or a halftime show).
3)   LESS PRESSURE ON THE CAPTAIN: Relieved of the stress of having to personally select up to a third of his team, the captain can concentrate on other things. When this year’s European Captain Darren Clarke announced his 2016 picks—Lee Westwood, Martin Kaymer, and Thomas Pieters—from a strong list of contenders that included Russell Knox, Shane Lowry, Graeme McDowell, and Luke Donald, he said it was one of the hardest things he’s ever had to do. That’s what the captains on both sides typically say at such moments—so why make them do it?
4)   LESS PRESSURE ON THE PICKS:  Knowing you’ve been invited onto the team rather than earning a spot makes you sort of a second-class citizen and can’t help but add to the pressure of what is already the most tension-filled competition in the game. The records show that first-time Ryder Cuppers who are also CPs tend to underperform.  Better to have 12 guys who are all equally comfortable that they’ve earned their berths on the team.
5)    STRONGER TEAMS:  Using the current point system instead of CPs, the final four members of Team USA would be Bubba Watson, J.B. Holmes, Rickie Fowler, and Matt Kuchar. Is that so bad? I mean, it’s not as if the CP method has been a roaring success. The Europeans began using CPs in 1979 but it was 1987 before those picks netted the team any points. Yes, they won matches here and there but they lost more points than they won.  (Nick Faldo and Bernhard Langer each went 0–3 as CPs.) Indeed, 41 CPs have played for Europe, winning 65 matches, losing 67, and halving 15. That’s a net contribution of 5.5 points over 18 years—less than 1/3 point per Ryder Cup—during a period when Europe has dominated the matches. The USA has, it must be said, done better. Since 1989 when Team USA started the captain’s picks, the 29 CPs have played 123 matches, winning 50, losing 42 and halving 31, a net contribution of 23.5 points over 13 years or about 1.8 points per Ryder Cup. But let’s remember, that 1.8 points has been the collective effort of two or three players per year.  Shouldn’t these hand-picked thoroughbreds, in peak form, be expected to perform a bit better? Let’s take the pressure off them next time around, institute an effective point system, and allow every Ryder Cupper to play his way onto the team.

What do you think about the Captain’s Picks? Should the teams stick with the idea or switch it up? Let us know in the comments below!