Long known as a serious golfer’s paradise, this private community just off Hilton Head Island is a worthy setting for top men’s and women’s amateur tournaments 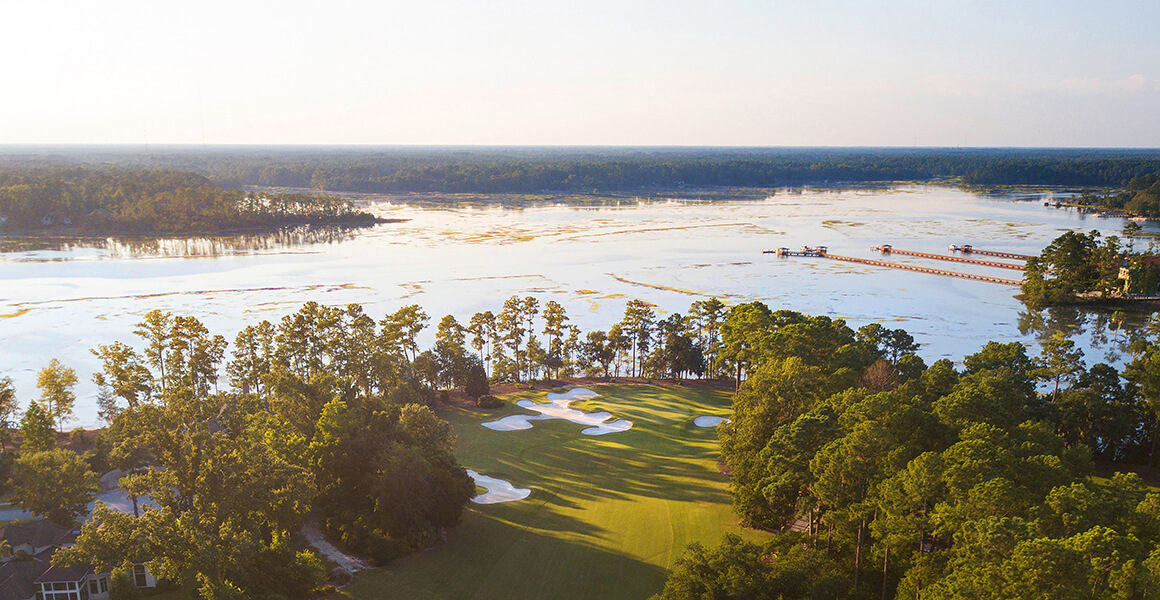 For amateur golfers, 2019 is turning out to be a banner year. The final round of the inaugural Augusta National Women’s Amateur was played at Augusta National Golf Club in April; the U.S. Amateur will hold its 119th edition at Pinehurst in August; and the 20th annual Players Amateur is set for July 11–14 at Berkeley Hall Club.

“The Players Amateur has become one of the top amateur events in the world,” says Adrian Morris, Berkeley Hall’s General Manager and COO. “The field just seems to get better every year, and we’re honored to be hosting the 20th edition.”

The tournament’s star-filled lineup of alumni includes some of the most recognizable names on the PGA Tour:  Rickie Fowler, Dustin Johnson, Brooks Koepka, Matt Kuchar, Justin Thomas, and dozens more.

For the competitors, the Players Amateur is a big deal, with the winner earning an exemption into the RBC Heritage that is played just down the road on Hilton Head Island. But it might be an even bigger deal for Berkeley Hall’s members. Not only is the tournament a point of pride, a chance to show off their two Tom Fazio golf courses and 33-acre practice facility, but it provides an opportunity for members to get to know the up-and-coming players, even hosting many of the amateurs in their homes during the tournament.

With its stunning setting on the banks of the Okatie River and its reputation as a haven for serious players, the club feels a responsibility to give back to the game, Morris says. And that means women’s, as well as men’s, golf. That commitment was rewarded with the USGA’s decision to return to Berkeley Hall for the 2020 U.S. Women’s Mid-Amateur Championship: It will be the club’s third USGA championship, and first since hosting both the Men’s and Women’s USGA State Team Championships in 2005.

The women’s game is also strongly represented at Berkeley Hall by Krista Dunton, Senior Instructor at the Learning Center. Hailed as one of the game’s best coaches, she has been one of Golf Magazine’s and Golf Digest’s “Top 100 Teachers” multiple times. Dunton plays a major role in this community of passionate golfers, where it’s always easy to find a game, be it in a men’s, women’s, or couples’ group, club tournament, or casual foursome.

And beyond the golf, there are all the world-class amenities one expects of a luxury resort, including the spa & fitness center, kayaking at the River Park, miles of walking trails, and exceptional culinary options and social events.