In April, Streamsong Resort will begin a massive course enhancement project that will see the installation of a new grass type, Mach 1, on all 18 greens of both its Blue and Red courses. The original plan was to conduct the project in phases (Blue in 2020, Red in 2021), but given the uncertainties and restrictions revolving around the Coronavirus pandemic, Streamsong’s management team has made the decision to go ahead with regrassing both courses at the same time in hopes that all three of the resort’s courses will be available for play in fall 2020.

Once planted, Streamsong will be the first golf destination in the world to feature the ultradwarf bermudagrass on an 18-hole layout.

Mach 1 has sprung onto the scene to rave reviews—with an ultrafine texture and hearty root structure, it’s been celebrated as one of the smoothest rolling, cleanest, and purest turfs in the industry. The new grass is also both heat and drought tolerant, a perfect match for the Central Florida resort’s seasonal environment.

I say new, but the story behind Mach 1 actually begins about 20 years ago, and perhaps even longer, on a golf course in Memphis, Tenn.

Renowned golf course superintendent Rodney Lingle, who patented Mach 1, was working at Memphis Country Club when he happened upon a unique patch of grass about the size of a piece of computer paper growing at another course in the Memphis area. Lingle took a sample and began growing and observing it in a series of pots for about 10 years.

Intrigued by the results, Lingle decided to install the grass on a test green at his home in Olive Branch, Miss.* and grew it there for another seven years, where he felt it consistently outperformed the other grass types he tested. Lingle wanted to make sure he could capitalize on his creation, so when it was time to leave Memphis five years ago he developed a plan to market and ultimately patent the new grass.

Lingle partnered with Hank Kerfoot, president of turfgrass production company Modern Turf, who agreed that this could be something revolutionary. 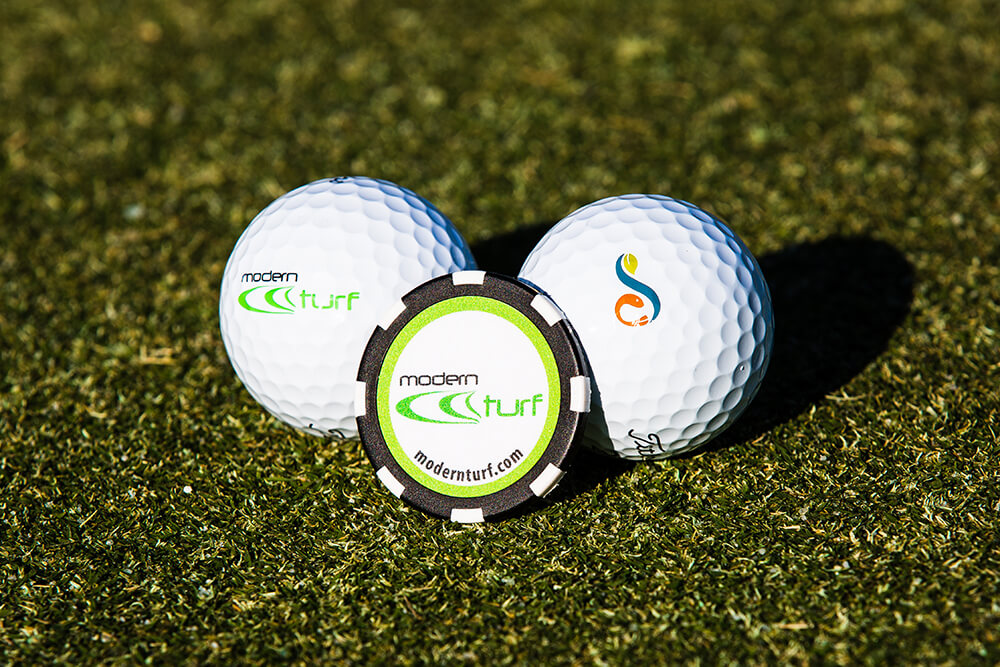 “This is the Cadillac—the premium of everything we’ve done,” says Kerfoot.

Kerfoot and Lingle planted more test greens around the world before introducing it last year to Streamsong Director of Agronomy Rusty Mercer, the lead man in charge of the resort’s regrassing project. Mercer agreed to install Mach 1, along with three other types of ultradwarf, on a 10,000-square-foot nursery green for testing.

Immediately, Mercer was impressed by the way Mach 1 covered the ground.

“It grew in beautifully, it was problem-free, and the quality of the surface that it made in five or six weeks was just off-the-charts good,” says Mercer. “Ultradwarfs are not known to be good rooters, but this one is the best that I’ve seen, and I’ve looked at all of them.”

Mach 1 was ready for the ultimate experiment—Mercer invited more than 100 people to blind test the grasses in the nursery area. Caddies, superintendents, members of the golf staff, and even the sales and marketing team were called to roll putts around the green and rank the different sections, which consisted of TifEagle, MiniVerde, an experimental grass out of the University of Georgia, and Mach 1.

Remarkably, the results were unanimous—every single person put to the test picked Mach 1 as their top choice. That spoke volumes to both Mercer and ultimately The Mosaic Company, the ownership group of Streamsong Resort, who gave Mach 1 the green light.

“We feel like the bar has always been pretty high at Streamsong. The objective is to have the bar as high as it possibly can go, and we think this might be the next step to actually raise that bar,” says Mercer.

While there are some risk factors involved with Streamsong’s leap of faith—durability, traffic, high temperatures, and humidity levels—the resort is confident in Mach 1 due to its track record over the last 20 years. This past summer, the grass was also installed on five greens at the practice facility of Trump National Golf Club in Charlotte, N.C., where it has achieved great results.

“It’s new, and not new,” says Kerfoot. “Being the first 18 holes with it is cutting edge, innovative, and all those things, but it’s got to give them some sense of comfort knowing that it’s survived 10 winters in Memphis before. It’s been mowed at the extreme low heights for seven years. It’s been through the rigors that you would expect a putting green grass to stand up to.”

Streamsong Blue, designed by Tom Doak, and Streamsong Red, designed by Bill Coore and Ben Crenshaw, will undergo replanting at the same time and will be closed from April to October during the process.

It’s undetermined whether Gil Hanse’s Black course, built in 2017 and only in its third season, will also go to Mach 1—Mercer notes there’s a couple of years before that decision needs to be addressed, but ultimately it’s about giving players the best possible experience.

“You don’t know what’s on the horizon,” says Mercer. “There’s a rush amongst growers and university people to continue looking at grasses, but right now this looks like the very best one that we could go with.”

*Note: This article has been updated with a correction – after observing Mach 1 in pots for about 10 years, Lingle installed Mach 1 on a test green at his house in Olive Branch, Miss., not at Memphis C.C. No greens at Memphis C.C. held Mach 1 and were destroyed.