My 10 Favorite Holes in Ireland

Perhaps you’ve heard of the “Better Billy Bunkers.” Billy Fuller, 66, developed his bunker-construction method while superintendent at Augusta National from 1981–1986. The original ‘Billy Bunkers’ were introduced in 1994, and since then more than 600 courses around the world have installed them. 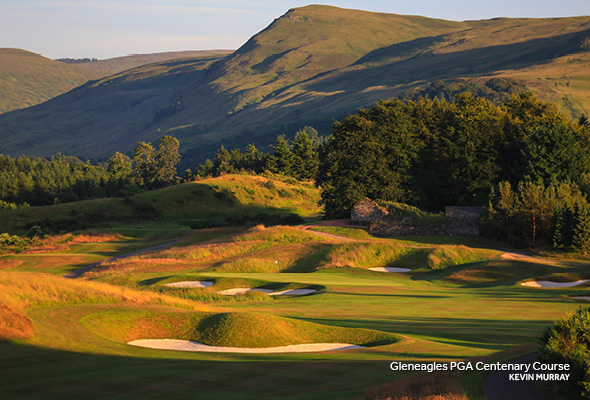 What prompted the development of Billy Bunkers?
When I got to Augusta in 1981, they were rebuilding bunkers every summer because the clay would contaminate the sand. I was driving to a superintendent’s meeting my first summer there and the DOT was installing a liner on a steep slope. I stopped and asked what it was and if water goes through the liner. They said, “Yes, hundreds of inches an hour.” So I ordered some and put it in the bunker to the left of the No. 1 green and it solved the problem.

So you were the first person to put a liner in a bunker?
As far as I know. But that first winter when we’d get a heavy rain, the sand would still erode down the slope and we’d have to hand shovel it back up. We needed a way for water to go through the sand and liner into a conduit allowing the sand to stay on the slope, so I put a two-inch gravel layer under that liner to see what would happen and it worked great. Those were the first Billy Bunkers.

So what makes them “Better”?
There’s no more fabric liners, which wear out over time. Another superintendent/architect, Jerry Lemons, who has a couple of patents, came to me in 2007 with an idea based on the rubber crumbs used on playgrounds, which are held together by a polymer made by Dow Chemical. We asked Dow if it were possible to use the polymer to hold the gravel together and they said yes. The key is that the polymer is extremely porous: It holds the gravel together yet allows water to go through it at hundreds of inches an hour. The hardest part was coming up with a sprayer to make it cost-effective because it’s not easy to spray glue through a nozzle.

What was it like working at Augusta National?
Fabulous. When Augusta decided in 1980 to convert to bent, they needed a superintendent who had experience working with bent in the south. As director of maintenance at Kiawah Island, I had worked with Jack Nicklaus on Turtle Point, which originally had bentgrass, so Jack recommended me to Chairman [Hord] Hardin. I got to be a part of the “Renaissance Period” at Augusta, which included rebuilding all the greens to USGA specs. I never had a bad day there. There was no letup, but I couldn’t wait to get out of bed.

What was it like being there when Nicklaus won the 1986 Masters?
Jack would come to Augusta the week before the tournament and play with members for his tune-up. On Friday before my first Masters, in 1982, Mr. Hardin said, “Jack wants to ride in your cart because there’s a couple limbs he wants to prune. Whatever Jack wants, do.” That went on every year. We’d stand on the back tee and he’d point to a limb and say, “We should take that one off,” so I would. Before the 1986 tournament I said, “Jack, you’re really playing well. You’re making putts from everywhere with that giant putter. I guess you could win this thing, couldn’t you?” He looked at me with that furrowed forehead of his and said, “I wouldn’t be here if I didn’t think I could.”

What Next for the Olympic Golf Course?

The Brilliance and Beauty of Bland Golf Holes