The site of this week’s Wells Fargo Championship—Quail Hollow Country Club in Charlotte, N.C., is a veteran host of PGA Tour events, but next year will mark its debut as the venue of a major when the PGA Championship comes to town. Here are a few numbers to keep in mind regarding Quail Hollow, the Wells Fargo, and the PGA.

2  The number of previous visits to North Carolina for the PGA Championship: 1936 at Pinehurst No. 2 (won by Denny Shute) and 1974 at Tanglewood Golf Club in Winston-Salem (won by Lee Trevino). 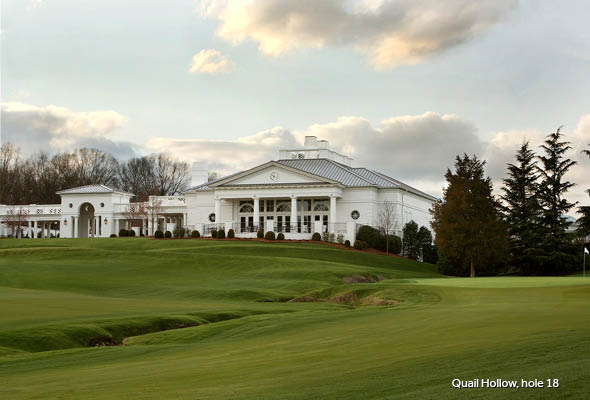 3  The number of new holes that will be created at Quail Hollow between now and the PGA. Major changes will be made to the front nine as part of a master plan by course architect Tom Fazio. The 1st hole will be converted from a short par four to a long one for the pros, so long it will play as a par five for the members. The change will eliminate the current second hole. Meanwhile, the par-five 5th hole will be replaced by a par four and a par three.

29  The competitive record for nine holes at Quail Hollow, posted on the front nine by Phil Mickelson in 2014. (Mickelson has seven Top 10 finishes in the Wells Fargo but has never won it.) 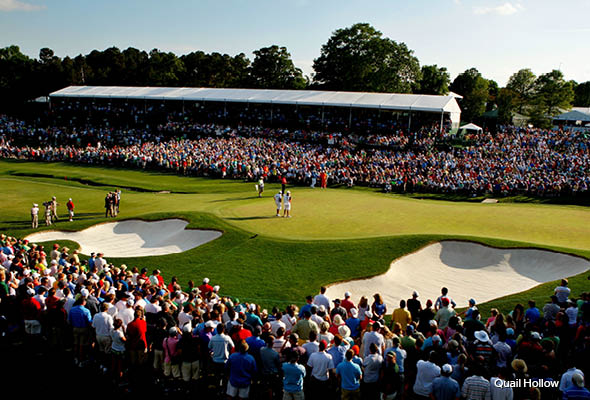 60  In dollars, the price of admission to the Wells Fargo this weekend. 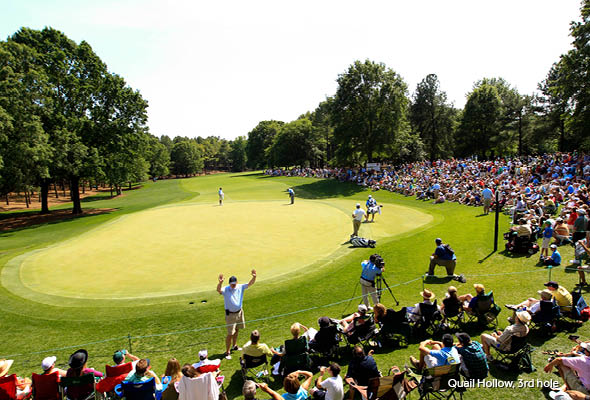 61  The Quail Hollow competitive course record, set in round three last year by Rory McIlroy who broke his own record of five years earlier by a stroke. He went on to better the 72-hole tournament record by five strokes, scoring a seven-stroke victory on a total of 267, 21 under par.

1,100  The number of temporary jobs that will be created in connection with the PGA—everything from on-course construction to security to catering.

1,222  The yardage of Quail Hollow’s fearsome last three holes known as the Green Mile (actual closer to ¾ mile). The par-four 16th plays 508 yards to a green guarded by a lake left and a bunker right;17 is a 221-yard shot to a peninsula green fronted by sand; and the home hole climbs 493 with a creek running along its left side. In last year’s Wells Fargo, these three holes ranked second, third, and first, respectively, in scoring difficulty. 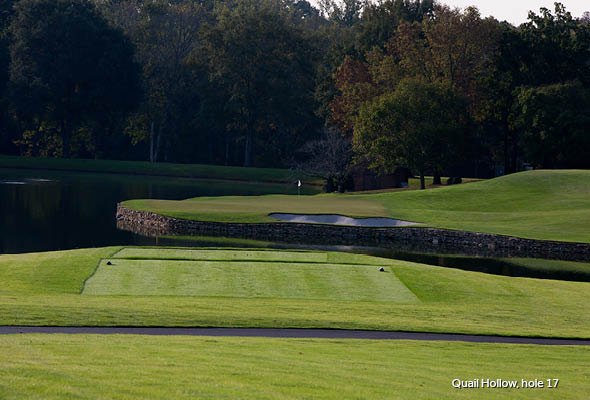 2021  The year a second major event is scheduled to come to Quail Hollow, the Presidents Cup.

Are you looking forward to the PGA Championship at Quail Hollow? Let us know in the comments below!