“Playing down a fairway bordered by straight lines of trees is not only inartistic but makes [for] tedious and uninteresting golf. Many green committees ruin one’s handiwork by planting trees like rows of soldiers along the borders of fairways.”—Alister MacKenzie

The problem of too many trees on golf courses has only become worse since Dr. MacKenzie’s day, which is why another U.S. Open at Oakmont is a good thing. When the club hosted the 2007 Open, it really opened up the eyes of other clubs, who literally couldn’t see the forest for the trees when it came to excessive trees, from poor turf conditions and higher maintenance costs to reduced lines of play and long-range views.

“Oakmont has certainly set a great precedent for tree removal and I am hopeful that the exposure that will come this week at the U.S. Open will help to make it easier for clubs to consider necessary tree removal on their golf courses,” says Gil Hanse. “We have always believed that the biggest evolutionary changes to the architecture of classic courses has been the overplanting of trees and their subsequent negative impacts on playability, aesthetics, and agronomy. Definitely a less is more approach to trees on these classic courses.” 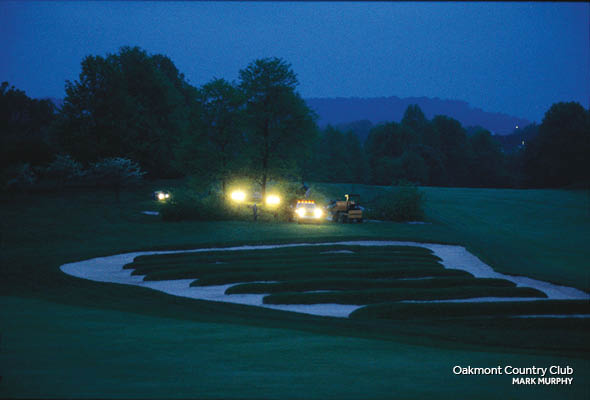 It’s staggering how much Oakmont has changed since the 1994 U.S. Open. Before the 2007 Open, the club removed about 7,000 trees, restoring the course back to what founder and architect Henry Fownes intended. Since then, they’ve removed another 7,500! Perhaps they should change the name to Oaklessmont.

“I think Oakmont’s decision is perfect for Oakmont,” says Tom Doak. “It was always a stark landscape, and that fits with its character as a test of golf. We’ve taken much the same approach at Garden City Golf Club, where we consult. In fact, we started cutting trees there a few years before Oakmont did, but they don’t like to be out in the spotlight.”

Ironically, because it’s hosting its record ninth Open, Oakmont also played a big role in the “beautification” barrage that swept the nation in the mid-20th century. By the 1973 Open, the club had planted more than 3,200 trees and thousands more by the 1994 Open, but by then the club started to see the error of its ways. It was a club divided, however, so the superintendent, with the blessing of the greens committee, had to start removing trees under the cloak of darkness, armed with floodlights, chainsaws, chippers, stump grinders, high-powered vacuums, and sod to hide their handiwork.

“At most clubs we are dealing with a lot of trees that never should have been planted in the first place,” says Doak. “It’s not uncommon to find trees in what was originally part of the fairway, blocking the line to the green; or trees that cast so much shade on a green or tee that the superintendent can’t grow grass there. We have cut down hundreds and even thousands of trees at certain courses, and the courses are better for it. But there’s a difference between doing that, and cutting down EVERYTHING.  Total clearing should be limited to courses that were intended that way to begin with.” 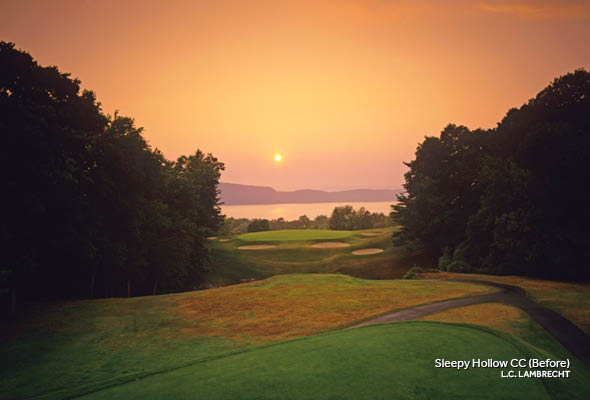 Along with Garden City, Chicago Golf Club is another course where where Doak removed a lot of trees, as well as Onwentsia, and Medinah #1. “Chicago had planted rows of trees right behind the green on many holes, and taking them away opened up views across the property and made depth perception much more difficult,” he says. “The greens seem to float on the horizon now.” 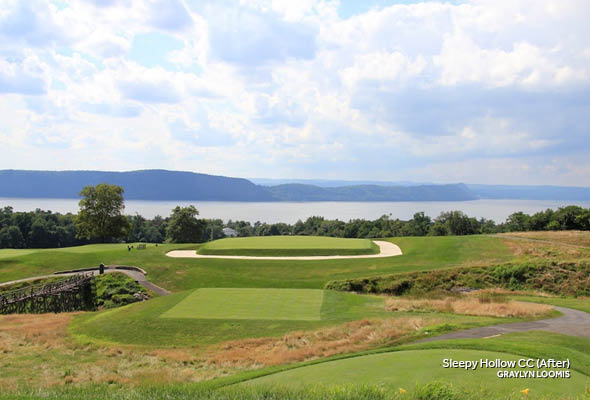 Hanse cites his renovation of Sleepy Hollow in New York where tree removal made the biggest difference. “Restoring the open nature of the landscape that Raynor and Macdonald crafted has been exciting, and the restoration of the views of the Hudson River has been breathtaking,” he says. “Trees certainly have a place in the golf landscape, but we believe they typically have had a disproportionate impact on the play and strategy of courses. Architects like Tillinghast, Ross, Raynor, etc., defended their courses through the use of the traditional golfing features, and they did a great job of it. Unfortunately, the planting of too many trees on these courses have added an extra layer of ‘defense’ that was not necessary.”

Another designer at the forefront of tree removal is Virginia architect Keith Foster, who specializes in restoring Golden Age classics like Eastward Ho!, Moraine, and Philadelphia Cricket Club’s Wissahickon Course, which hosted the Senior Players Championship last week. The before-and-after photos of each course are stunning. 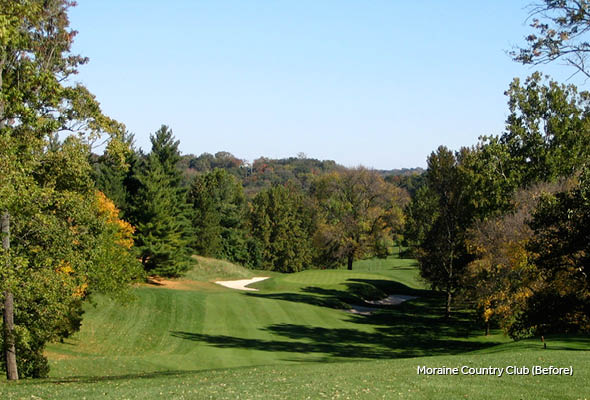 In the case of the Moraine, which is located in Dayton, Ohio, and hosted the 1945 PGA Championship, Foster removed about 2,500 trees (70 percent of the total), not only recapturing lines of play but sight lines to the spectacular piece of property, as well. 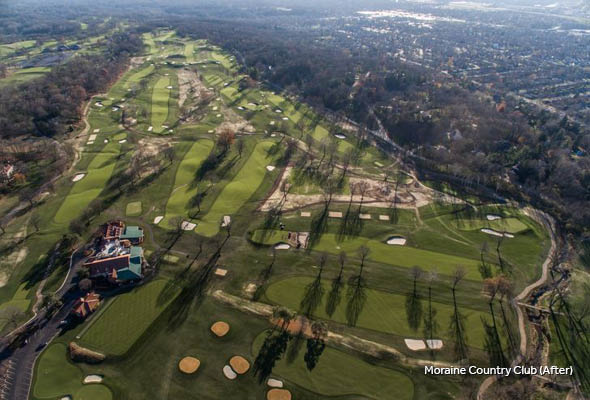 “We’re at a really great point in our game, which is being driven by some really wonderful clubs that are making a bold commitment,” he says. “It really takes strong leadership. I can talk with them about what it can be, but they have to go in front of the membership and say, ‘This is the path we’re going to choose,’ and it’s contrary to what most people think. Those are the true heroes.”

Thank you to Cyrus Janssen and ExpatGolfPro.com for the upper half of the Philadelphia Cricket Club feature photo.

How Hard is Oakmont Country Club?