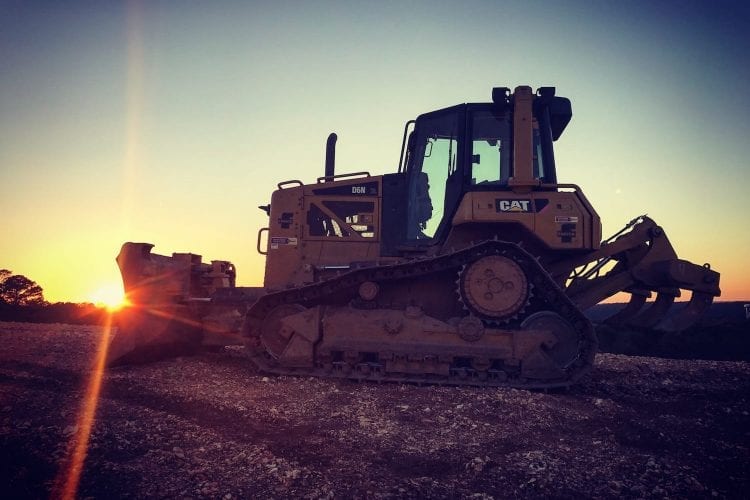 Though they prefer to remain out of the spotlight, you often read about them. Highly skilled and invariably obsessive about the quality of their work, their role on the typical golf course construction site has evolved greatly in recent years to the point where they are now considered more than just simple earth-movers, but rather an integral part of any design firm.

But what do shapers actually do, and what makes a good one?

“Simply put, a shaper’s main task is to build something cool,” says Casey Krahenbuhl, a design associate with David McLay Kidd’s firm who has led and directed teams of shapers all his professional life. “A good one should be able to take an idea from a designer and turn it into reality on the ground.” 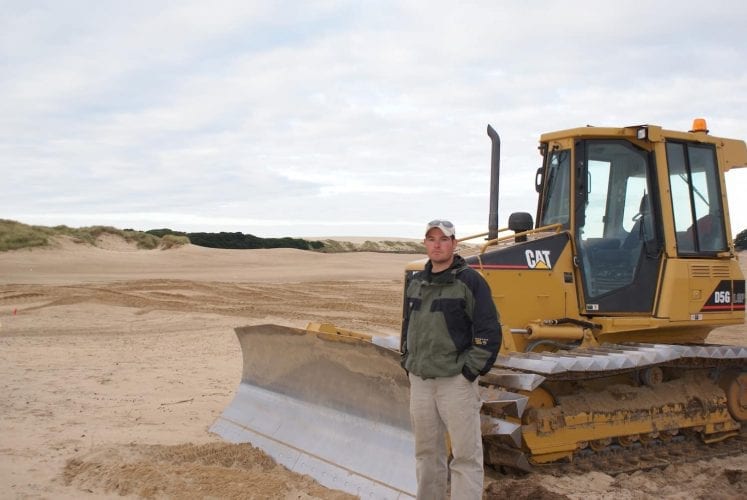 Today’s shaper is very different to his predecessor, notes Krahenbuhl. “There used to be a clear-cut line between him and the designer,” he adds. “The designer would visit the site, draw up plans in his office, then hand off those plans to the shaper whose job it was to implement the architect’s vision to the letter. There really wasn’t much room for artistic freedom. The architect would then show up to inspect the work of the shaper who was usually employed by the construction company, and thus not really answerable to the architect.”

At the turn of the century, as courses gradually became more artistic and less cookie-cutter, the architect began choosing the identity of the shaper more carefully. Now, in many of today’s design/build firms, the shaper is a key component, almost as vital to the success of a project as the designer himself. “That’s especially true of our team,” says Krahenbuhl. “We are the designer and contractor, and our shapers are hugely important members of the process from the first day of construction. Our two top guys are Ernie Polverari and Luis Varela who are instrumental to the success of everything we do.”

Likewise essential to the outcome of many courses designed by the highly successful partnership of Bill Coore and Ben Crenshaw is Keith Rhebb, who grew up in Nebraska but now lives across the water from Chambers Bay GC in Washington State. Rhebb has sculpted bunkers and graded greens at some of the finest courses in the world—Cabot Cliffs, Streamsong Red, Barnbougle Lost Farm, and Bandon Trails, and recently teamed with architect Riley Johns to complete a superb renovation of Orlando’s nine-hole Winter Park GC, which has become so popular it is turning a profit for the first time in many years. 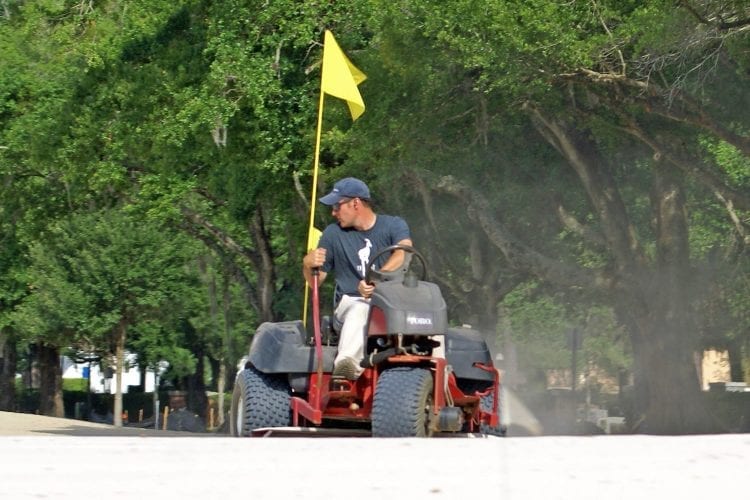 Rhebb started out working for construction company Landscapes Unlimited but, in 2006, joined Coore & Crenshaw where he enjoys a good deal of artistic license. “At the really big firms—Nicklaus, Fazio, Jones—they do a lot of design using computers and CAD software,” he says. “Plans are drawn up and the guys on the ground don’t have a great deal of room to experiment. That can certainly work, but with Bill and Ben, several decisions are made on site every day. And the shaper—be it Dave Axland, Dan Proctor, Jeff Bradley, or me—has freedom to explore. I mean, we obviously stick to Bill and Ben’s ideas closely, but if I see something worth trying, Bill will encourage me to go with it.”

A good example of that, says Rhebb, happened on the 8th hole at Lost Farm in Tasmania. “That part of the site was originally going to be a short par four and a par three,” Rhebb continues. “But when Dave Axland and I began clearing trees, we saw the potential for a par five with a really cool table-top green. We discussed it with Bill, and the three of us took a vote. The par five won.” 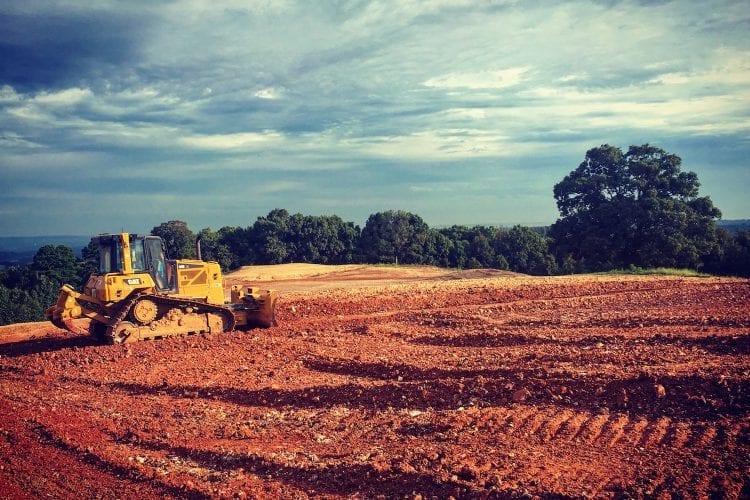 Rhebb remembers the first time Coore urged him to be inventive. “I was clearing some ground on what became the 5th hole at Colorado GC,” he says. “I wasn’t exactly sure what Bill wanted, but he told me to ‘just have fun with it.’ It’s now pretty obvious to me when playing a new course if the shaper did or didn’t have fun shaping it.”

Rhebb believes a good shaper is proficient on a wide range of machines from heavy diggers like the Caterpillar D8 to the smaller D4 used for detail work. “He also needs to know how to creatively shape drainage, and move dirt efficiently,” he adds. “And the best shapers, like Dave Axland, recognize when the job is done and when to walk away. Others make the mistake of working it and working it until there’s very little left. It’s also really important to check your ego at the site entrance.” 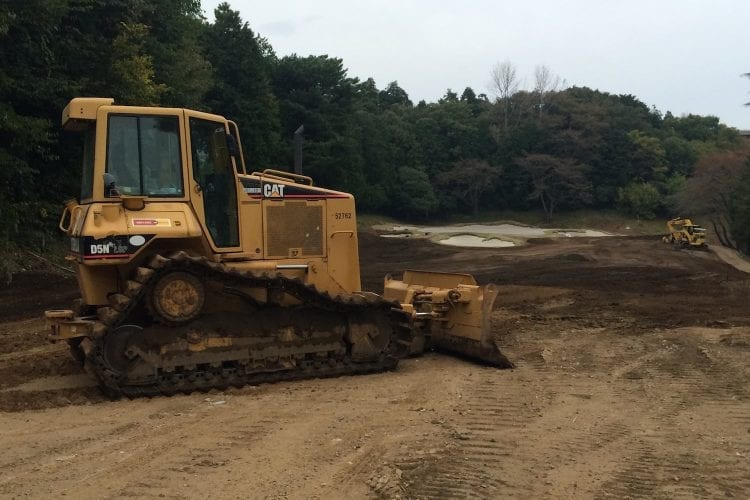 Krahenbuhl will attest to that. “Besides all the technical skills he must have, the shaper has got to have a good attitude,” he says. “We’ve worked with many talented guys over the years who are difficult to deal with, and we won’t work with them anymore. The guys that we keep going back to are those who are amenable to changing something they just finished, and understand it is an artistic endeavor that requires layers of ideas among multiple people to get the best result.”

Axland agrees, saying the shaper must be open-minded. “These days, the design concept is often regarded as just a starting point,” he says. “After the shaper applies/adapts it to the ground, it may be what the designer is looking for, or it may need editing. The shaper’s relationship with the designer is very important.” Indeed, Axland says that if it weren’t so cumbersome, the term “design implementer” would be more fitting than “shaper.”

No longer is the shaper a subservient “yes” man on a dozer. The modern version is creative but compliant, compulsive but a team player. “He’s a leader,” says Axland. “He’s smart with tremendous common sense, very hard working, and humble.” And there’s nothing he likes better than building great golf courses.

What are some of the best designed—or “shaped”—courses in your opinion? Let us know in the comments below!